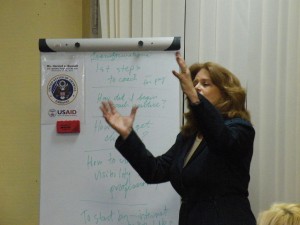 What You Need To Know About Cross Cultural Communications

For 35 years, Harriet Russell has been doing one thing — Stopping people from offending each other when doing business internationally. From managing Public Relations at Sony in the Big Apple to translating for Peter Jennings and the ABC News staff at the Tokyo Economic Summit to jetting off to Minsk for the U.S. State Department to educate and motivate entrepreneurs, Harriet understands when “Yes” really means “No,” and makes sure you do, too.